The Beans of Belgrade

Leon Leonwood Bean, the Maine icon who invented the Bean hunting boot and founded one of the most successful business ventures in the state, had strong ties to Belgrade. While achieving fame and fortune developing the L.L. Bean company in Freeport, he greatly enjoyed getting away to his Belgrade cottage, where he could be close to the great outdoors, hunt, and fish for salmon and trout. 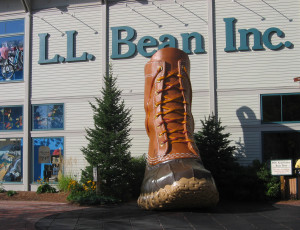 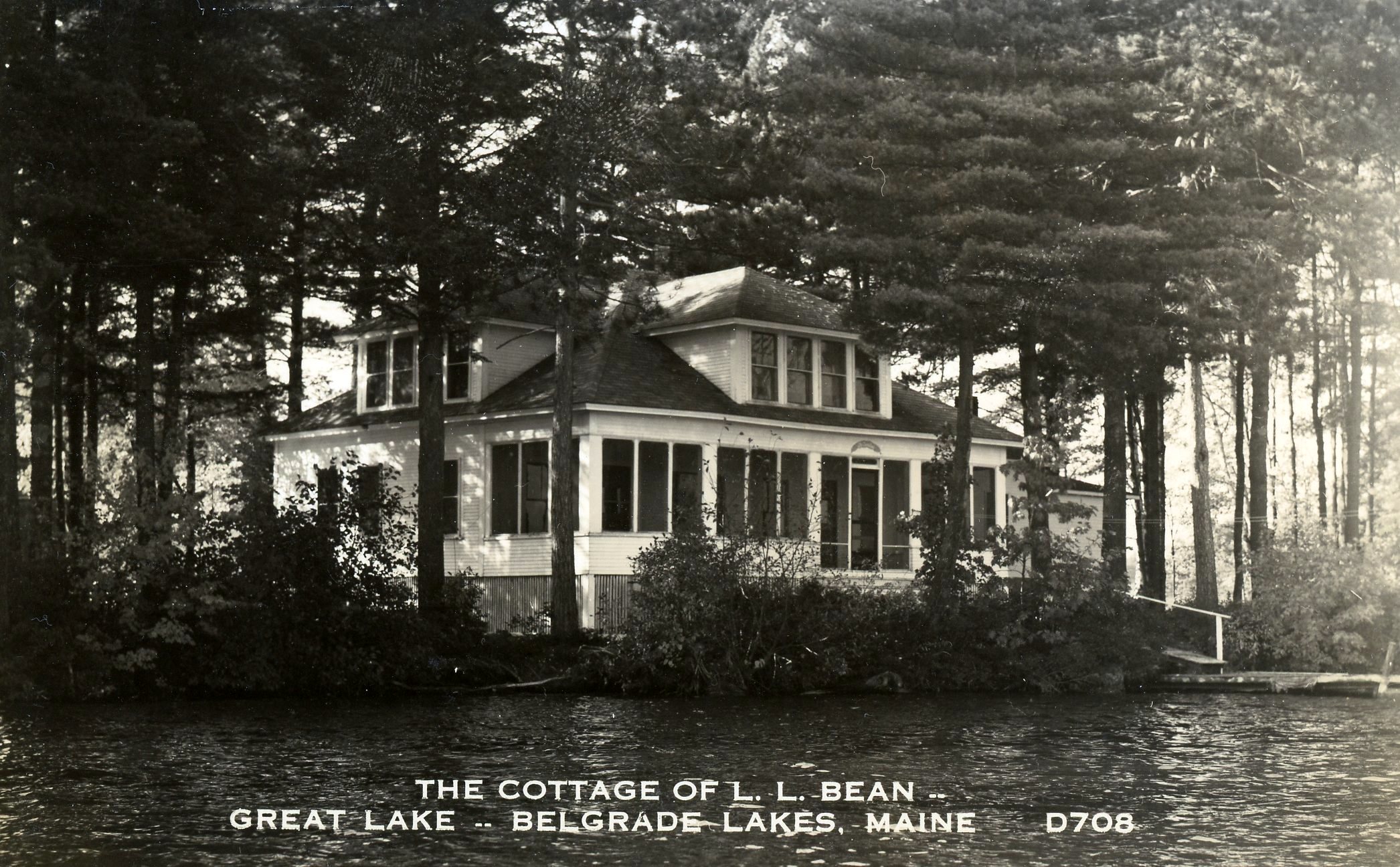 L.L. Bean’s cottage was located on the spit of land that protrudes into Great Pond right at the Mill Stream entrance in Belgrade Lakes. During Bean’s tenure, there was no road to the camp, and it was accessed by boat or ferry float from the town side of the stream. Leon and his wife Grace came to the cottage many summers before selling it in 1958. 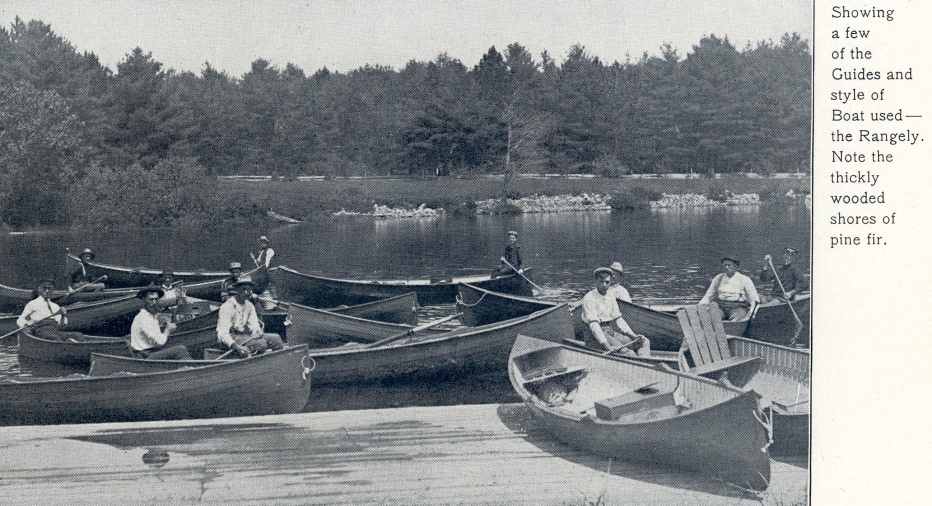 Guides waiting for clients at the boat docks in Belgrade Lakes. From a 1902 Belgrade Hotel promotional booklet, courtesy of Sandy Leibfried.

It may have been Ervin A. Bean who introduced his brother Leon to Belgrade. After stints as a storekeeper in Auburn and Freeport in the early 20th century, Ervin decided there was opportunity in the village of Belgrade Lakes. Here wealthy sportsmen from the big cities came each year to spend money and try their luck fishing with the help of hired guides.

While L.L. Bean was beginning the manufacture of his renowned hunting boots in Freeport, a 1915 Kennebec County Directory finds E.A. Bean listed as a Belgrade Lakes sporting goods store operator.

A similar directory in 1923 indicates he had a general store and practiced real estate in Belgrade Lakes. 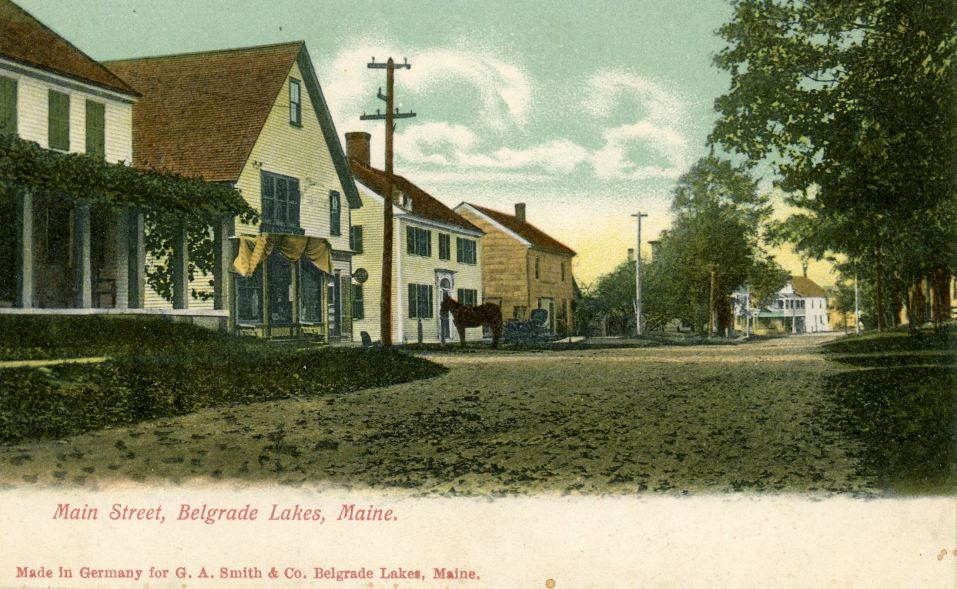 Ervin A. Bean’s sporting goods store was the second building on the left. Another shopkeeper, Burt Kelley, had a general store abutting his on the far left. Bean’s store, located across the street from the present Maine Lakes Resource Center, was torn down in the 1960s.

E.A. Bean’s retail business, which catered to campers, tourist businesses, and local residents, specialized in the essential supplies for hunting, fishing, and camping. He served the sporting trade, and in doing what he knew and liked best, he made a handsome living. As his retail business thrived, in time E.A. Bean was able to purchase and operate a medium sized hotel which was known as Lake View Manor. 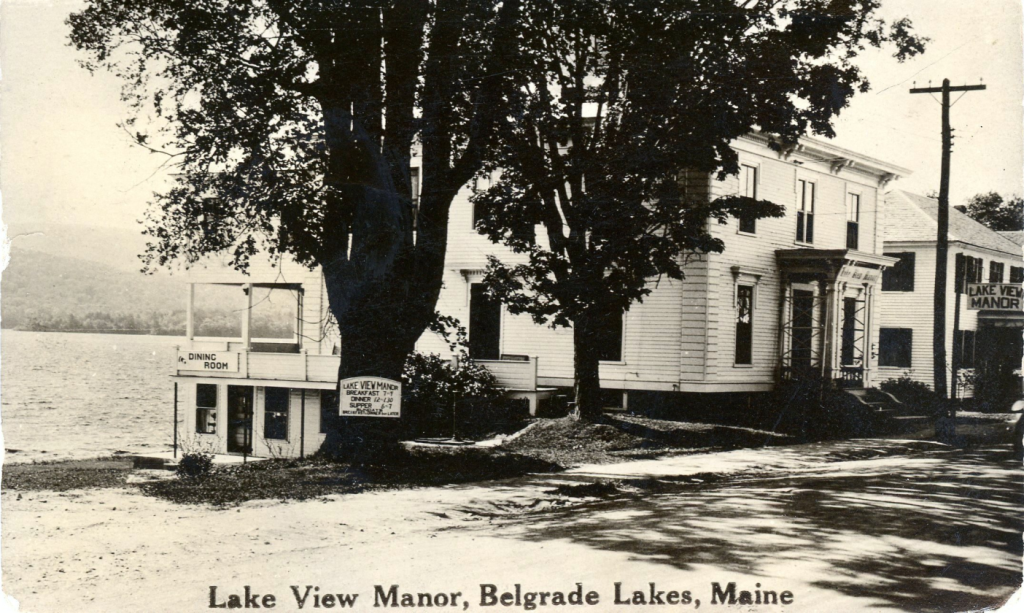 An advertisement for Ervin Bean’s Lake View Manor, below, appeared in the 1926 Camp Abena yearbook.

Ervin Bean’s Lake View Manor, with its distinctive widow’s walk on the roof, is the building on the far left. The building on the far right has a long and distinctive history in Belgrade Lakes, going back to when it was the Golder store and Belgrade Mills post office before 1850. Henry Golder enlarged the store, adding a north half which was used as a dance hall. Store keepers following Golder include Charles H. Kelley, Lincoln Bartlett, G.K. Bartlett, James Day, Gary Day, and currently Gary’s daughter, Dianne and her husband, Kerry Oliver. 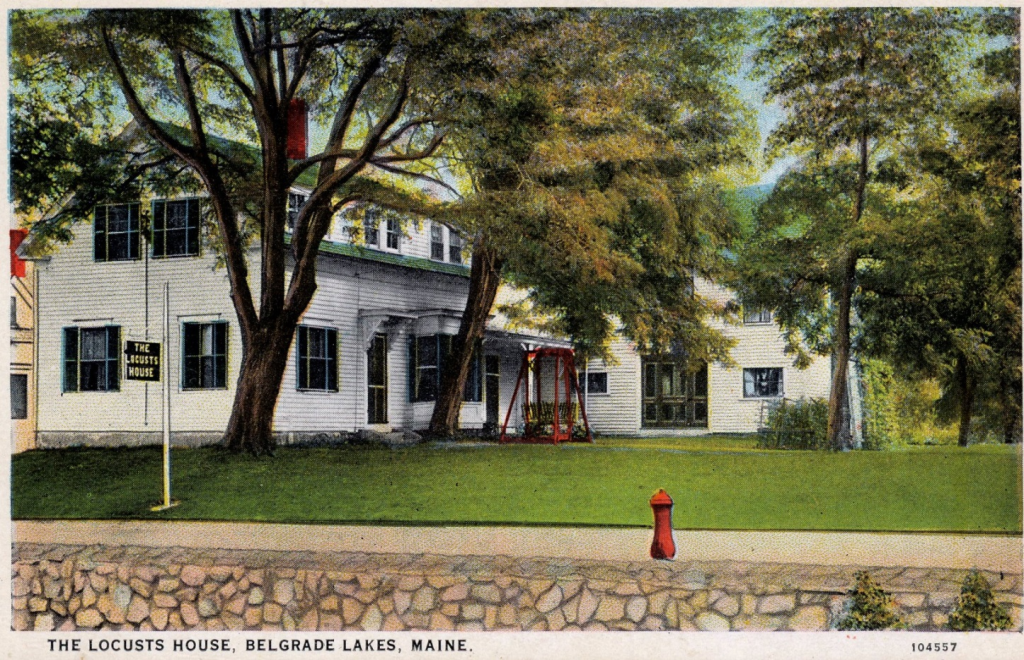 Ervin Bean hired Myrtle Clement to manage the Lake View Hotel before selling it to Edwin F. Megill in the 1930s. Ervin and his wife Inez continued to live in Belgrade Lakes until he passed away in August, 1940. 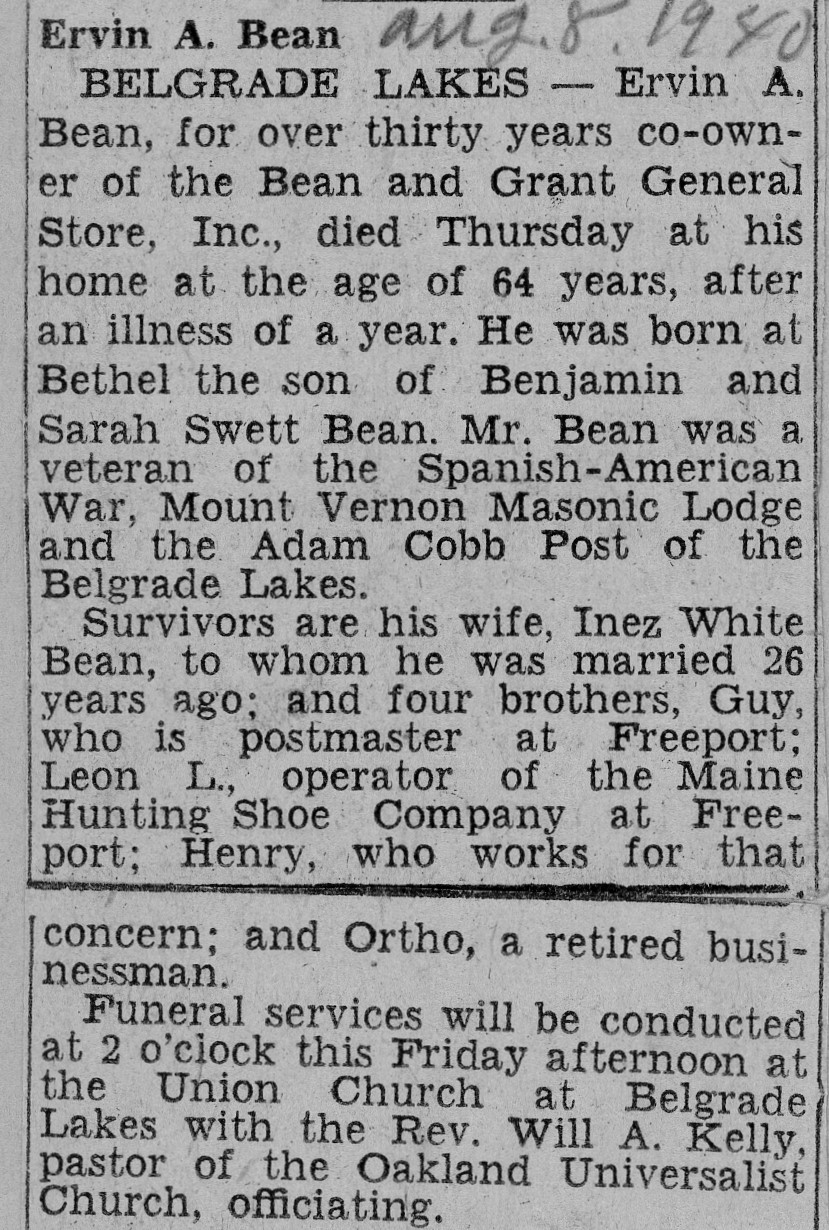 Edd Megill was a long time manager of the Locusts House (named after the two prominent locust trees on the property), which had a convenient location right across the street. He used the Lake View Manor for a home and an annex to the Locusts House. The Locusts House now is the Village Inn and Tavern, a popular Belgrade Lakes restaurant, and it still rents comfortable rooms to tourists. 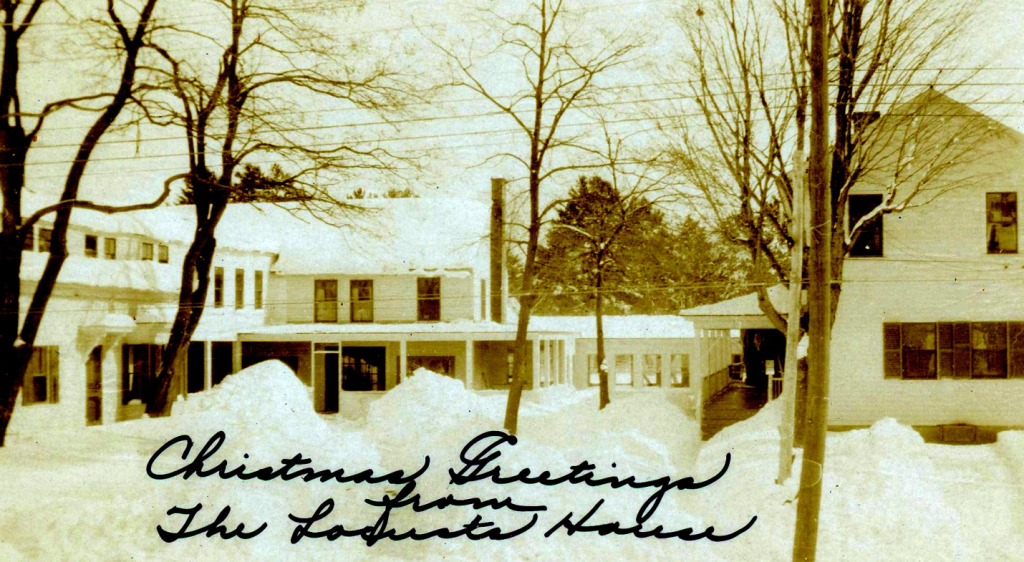